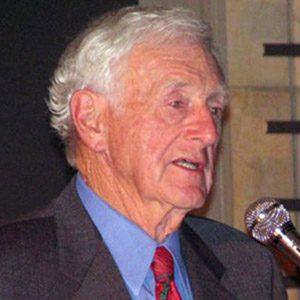 Best remembered as a journalist, editor, and publisher with Nashville's The Tennessean newspaper, this one-time president of the American Society of Newspaper Editors also worked during the early 1960s as an assistant to politician Robert F. Kennedy.

Following his graduation from Father Ryan High School in Nashville, Tennessee, he became a sergeant in the United States Air Force. After beginning his journalistic career, he took classes at Peabody College and Harvard and Columbia universities.

His marriage to Dolores Watson lasted from 1955 until his death in 2014 and resulted in a son, John Michael Seigenthaler, who had a career as a news anchor.

He and future Pulitzer Prize-winning journalist David Halberstam worked at The Tennessean during the same time period.

John Seigenthaler Is A Member Of