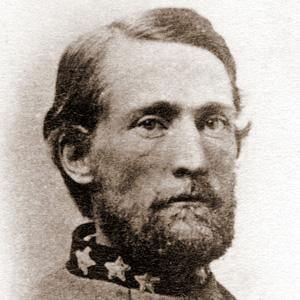 Skillful Confederate colonel who was nicknamed The Gray Ghost. He commanded the 43rd Battalion, 1st Virginia Cavalry and his unit was known for their ability to elude the Union Army by blending in with local farmers in Virginia.

He was charged and arrested for unlawful shooting and malicious shooting in his youth.

The unit under his command, the first Virginian Cavalry, was skilled at quick attacks and blending in with the local civilians.

He married a politician's daughter, Pauline Clarke, in December 1857.

After the war, he worked as an attorney and supported President Ulysses S. Grant.

John Singleton Mosby Is A Member Of