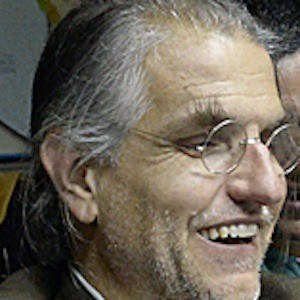 Award-winning photojournalist whose work has been featured in magazines like Time and National Geographic. He was also named Photographer of the Year from Pictures of the Year International.

He began his career working on international assignments for the Tampa Tribune.

In 2010, he released his first photo book, Island of the Spirits.

Born in Illinois, he later settled in Otis, Massachusetts. He has traveled internationally photographing communities in Africa, Europe, and India, amongst other places.

Both he and Steve McCurry are photojournalists who have become known for focusing in human rights photography.

John Stanmeyer Is A Member Of