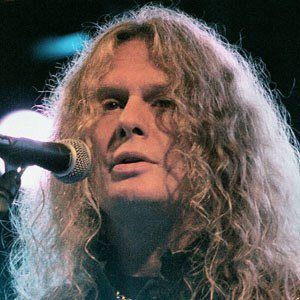 Guitarist and vocalist with Thin Lizzy, Whitesnake, and Blue Murder, among others.

He was in a band called Badlands along with bassist Neil Murray, who later joined him in Whitesnake.

He played with Thin Lizzy until the group disbanded in 1983 and played with them again when they reunited in 1996.

He grew up in Reading, England with a sister and a brother and went to live with an uncle in Ibiza at age fourteen.

Phil Lynott was his bandmate and the lead singer of Thin Lizzy.

John Sykes Is A Member Of