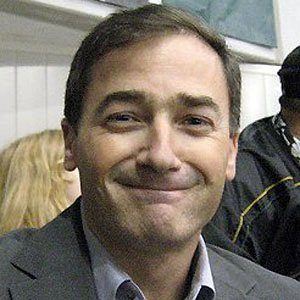 NHL Hall of Fame goaltender who set several New York Rangers records and was voted one of the best Rangers players of all time.

He chose to stay in the junior hockey league to develop his game a little more before jumping into the NHL.

After retiring from the NHL, he briefly coached in junior hockey until he used a racial slur in addressing one of the players.

He grew up with two older brothers in Detroit, Michigan.

He helped the Florida Panthers beat the Pittsburgh Penguins' Mario Lemieux and Jaromir Jagr in the Stanley Cup playoffs.

John Vanbiesbrouck Is A Member Of