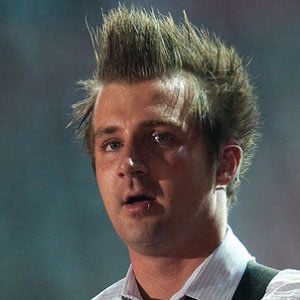 American musician best known as the frontman for the acoustic rock band Secondhand Serenade. He played on their 2007 debut album, Awake, and their 2008 follow-up, A Twist in My Story.

He played in several bands beginning when he was twelve that encompassed several genres of music, including ska, hardcore, rock, and pop.

He experienced a great deal of success with Awake, his debut album from 2007, which sold more than 15,000 copies before a label approached him.

He was raised him in the San Francisco Bay Area alongside his brother Lucas. His father was a professor. He was previously married to Candice Vesely until their divorce in 2008. In April 2017, he married country singer Veronica Ballestrini.

His second album, A Twist in My Story, recounted his devastating divorce from Candice; it was produced by Butch Walker.

John Vesely Is A Member Of