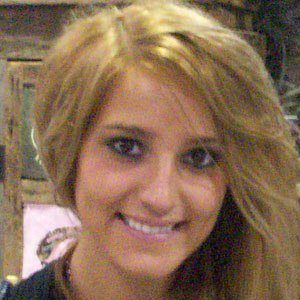 Winner of the 2011 songwriting contest with the company Sennheiser and was named 1 of 6 Artists to Watch For in Marie Claire Magazine.

She started writing songs and playing guitar when she was thirteen years old and performed at local talent contests before winning first place at the 2006 USA World Showcase in Las Vegas.

She performed for inmates at women's correctional facilities in the Unites States.

She was born to Italian parents and has four brothers and one sister. She married Secondhand Serenade's frontman John Vesely in April 2017.

She opened up for Andy Grammer at Nashville's 3rd and Lindsley in February 2012.

Veronica Ballestrini Is A Member Of