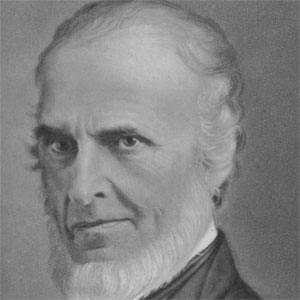 Nineteenth-century American Fireside Poet and abolitionist whose best-known poems include "Snow-Bound" and "The Brewing of Soma." He also wrote the lyrics to the popular hymn "Dear Lord and Father of Mankind."

He published his first poem in the Newburyport Free Press when he was only eighteen years old.

His poems are remembered for their Quaker themes.

He was born in Haverhill, Massachusetts to Abigail and John Whittier. He and his two sisters and one brother grew up on a Massachusetts farm.

John Greenleaf Whittier Is A Member Of