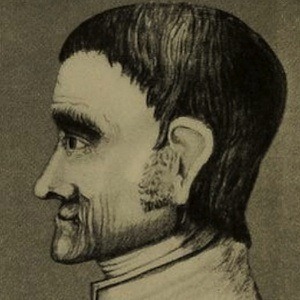 Remembered for his vocal abolitionist stance, this eighteenth century Quaker minister not only fought for an end to slavery, but also led animal rights and anti war demonstrations. His important, posthumously published work, The Journal of John Woolman, was included in the first volume of the Harvard Classics anthology.

Before finding his calling as a minster and activist, he worked in the office of a merchant and went on to become a trader.

When he was in his twenties, he convinced a landowner to free a slave.

He was born in the New Jersey Colony to a Quaker father named Samuel Woolman. After marrying Sarah Ellis Abbott, he fathered a daughter named Mary and traveled widely throughout the Northeast as a Quaker preacher.

His Journal of John Woolman was published in 1909 along with important works by Benjamin Franklin and .

John Woolman Is A Member Of