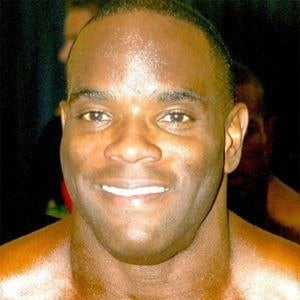 At times referred to as the World's Strongest Bodybuilder, he is a professional bodybuilder and powerlifter who notched a notable win in 2006 at the IFBB Montreal Pro Championship.

He made his debut in 2001 for a National Physique Committee event where he was championed NPC USA.

He was born in Hammonton, New Jersey.

He has competed in Arnold Classic events which are named after Arnold Schwarzenegger.

Johnnie O. Jackson Is A Member Of