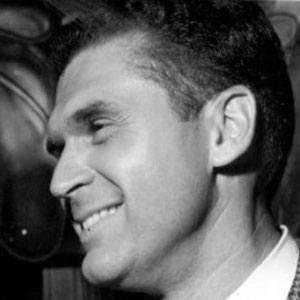 Remembered for his work with The Johnny Mann Singers, this bandleader, songwriter, and vocal arranger received two Grammy Awards and was nominated for three more. He also music directed The Alvin Show and hosted Stand Up and Cheer.

Before forming his famous music group, he composed music scores for several Hollywood films and worked as the vocal director of NBC's Comedy Hour.

A native of Baltimore, Maryland, he later lived in Los Angeles, California and Anderson, South Carolina.

During the late 1950s, he and his Johnny Mann Singers worked as session musicians for rockabilly artist Eddie Cochran.

Johnny Mann Is A Member Of