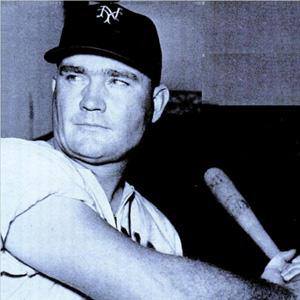 He starred at Piedmont College in Georgia before signing his first professional contract.

He became the second player in MLB history to post twenty-five home run seasons in both leagues.

Was married to his first wife Jene for twenty years then married his second wife Marjorie in 1957.

Johnny Mize Is A Member Of