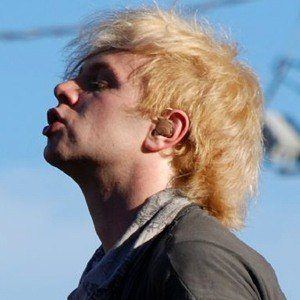 Vocalist and multi-instrumentalist best known as one of the two main vocalists for the post-hardcore band The Blood Brothers. Following the band's 2007 breakup, he formed the band Jaguar Love with former members of The Blood Brothers and Pretty Girls Make Graves.

He was a member of a band called Vade when he was 15 years old.

He published the short story The Mermaid and the Actor in 2010.

He has been bandmates with guitarist Paul Hinojos in Jaguar Love.

Johnny Whitney Is A Member Of