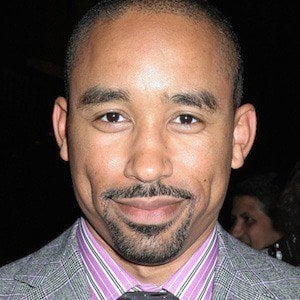 Songwriter and rapper known for the release of his 2012 EP titled Love. He's won Grammy awards for the songs "We Belong Together" and "Be Without You" by Mariah Carey and Mary J. Blige, respectively.

At only eight years old, he rose to fame hosting the daily series Kid's Beat on CNN. He later appeared on Real News for Kids and became a reporter for the TBS series Feed Your Mind.

He has interviewed stars like Michael Jackson and Michael Jordan. He was also offered a spot singing with the band on the Arsenio Hall Show.

He grew up in Atlanta, Georgia singing in church choirs.

His 2006 single "Turn it Up" featured Jermaine Dupri and he appeared on Dupri's single "Gotta Getcha" in 2005.

Johnta Austin Is A Member Of