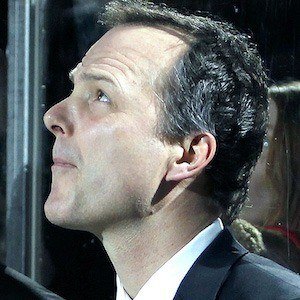 Hockey coach who led the Tampa Bay Lightning to the 2015 Stanley Cup Finals, where they ultimately lost to the Chicago Blackhawks. He took over as head coach of the team at the end of the 2012-2013 season after the firing of Guy Boucher.

A graduate of Western Michigan University's law school, he worked as a public defender before pursuing a coaching career.

He attended Hofstra University as an undergraduate, where he played four years of lacrosse under legendary coach John Danowski.

He has three children with his wife Jessie. He has citizenship in both the US and Canada.

He became the second coach to lead the Lightning to a Stanley Cup Final, joining John Tortorella, who won a Cup with the team in 2004.

Jon Cooper Is A Member Of