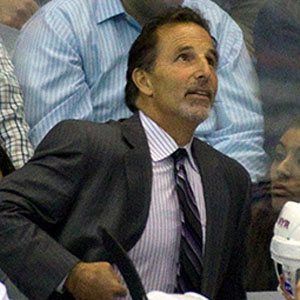 NHL coach who led the Tampa Bay Lightning to a Stanley Cup Championship in 2004. After his time in Tampa Bay, he went on to coach the New York Rangers, Vancouver Canucks and Columbus Blue Jackets. He won the NHL's Jack Adams Award in 2004 and 2017.

He attended Concord-Carlisle High School. He later became a member of the school's Hall of Fame.

While playing NCAA hockey, he earned the nickname of "The Paper Italian."

He coached goaltender Nikolai Khabibulin to a Stanley Cup victory with the Tampa Bay Lightning in 2004.

John Tortorella Is A Member Of