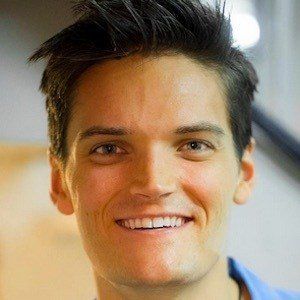 YouTube vlogger known for his eponymous channel. He has gained widespread popularity for his self-described "sermons" on a wide variety of topics, including politics, sports, and motivational concepts. He played the role of Sky on Broadway's Mama Mia!

He has amassed more than 430,000 subscribers to his YouTube channel. One of his most popular videos there, "Who You Are: A Message To All Women," has earned more than 5 million total views.

He has featured his wife in vlogs.

He and fellow speaker Clayton Jennings are both known for their spiritual sermons on their YouTube channels.

Jon Jorgenson Is A Member Of