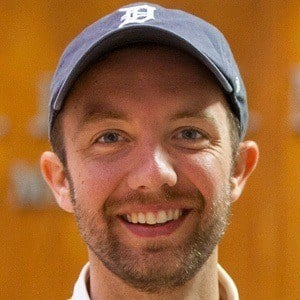 Author and illustrator behind the award-winning children's books I Want My Hat Back and This Is Not My Hat. Both books were New York Times Best Sellers and have won him awards like the Kate Greenaway Medal.

In 2005, he graduated from Sheridan College with a degree in animation. He first illustrated a children's book in 2010, Cats' Night Out.

Prior to beginning his career as an author, he worked as an animator on major films like Kung Fu Panda and Coraline.

His wife's name is Moranne Keeler.

In 2013, he illustrated the Lemony Snicket book The Dark.

Jon Klassen Is A Member Of