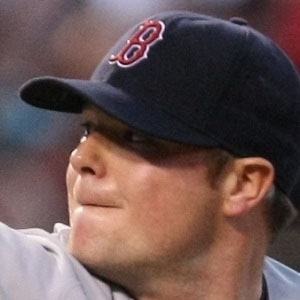 All-Star pitcher who began his career with the Boston Red Sox in 2006 and became the team's ace shortly thereafter. He won the final game of the 2007 World Series for the Red Sox and helped lead the team to another World Series Championship in 2013. In 2016, he helped the Chicago Cubs win the franchise's first World Series title since 1908.

He was a star pitcher in high school and was named the Gatorade Player of the Year in 2000.

He was named to back-to-back All-Star games in 2010 and 2011 and threw his first career no-hitter against the Kansas City Royals on May 19, 2008. He was traded from the Red Sox to the Oakland Athletics midway through the 2014 season, then, after half a season in Oakland, he signed with the Chicago Cubs.

He was teammates with first baseman David Ortiz on the Red Sox from 2006 to 2014.

Jon Lester Is A Member Of