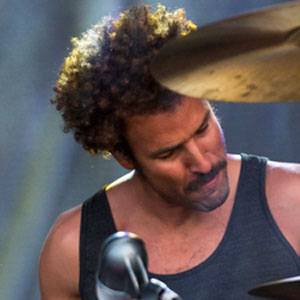 Former drummer of the experimental rock band The Mars Volta who has also performed with Queens of the Stone Age.

He started playing drums when he was fifteen years old, going on to attend the Oberlin Conservatory of Music.

He is in the band One Day as a Lion with former Rage Against the Machine singer Zack de la Rocha.

He grew up listening to music by John Bonham.

Jon Theodore Is A Member Of