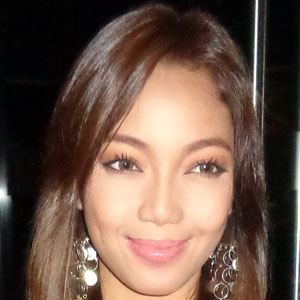 Singer who shot to stardom after becoming the first Grand Champion of the reality singing competition Pinoy Pop Superstar. She has since gone on to release Gold-selling albums like 2005's On My Own.

She competed on MTB Teen Pop Star as a child and was the first runner-up.

She won three plaques and five gold medals at the 2006 World Championships of Performing Arts.

She is the oldest of four children.

She sang Whitney Houston's Run to You on Pinoy Pop Superstar.

Jonalyn Viray Is A Member Of