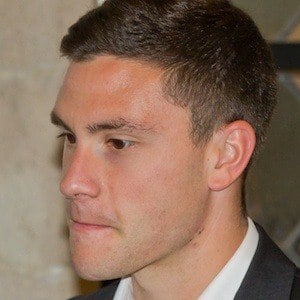 German international defensive back who helped FC Koln earn promotion to the Bundesliga after the 2013-2014 season. An online poll named him the team's Player of the Season for 2014-2015.

He grew up playing with SV Auersmacher's youth team and made his first team debut with the club in 2009.

He earned his first cap with the German national team in 2014 and was part of the 23-man roster for Euro 2016.

He was born to Erhard and Monika Hector in Saarbrucken, Germany.

He and Timo Horn have played together on FC Koln.

Jonas Hector Is A Member Of