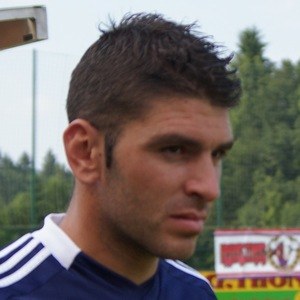 Striker who became famous for his exceptional goal-scoring abilities as a member of Red Bull Salzburg, with whom he won several Austrian Bundesliga and Austrian Cup championships. He began competing for Spain internationally at the under-17 level.

He joined RCD Espanyol's youth academy when he was 10 years old.

He was the top goalscorer in Austrian Bundesliga three consecutive seasons from 2014 to 2016.

He married Cristina Sabater and has children named Daniela and Adriana.

He has played alongside Renato Augusto on the Chinese club Beijing Sinobo Guoan FC.

Jonatan Soriano Is A Member Of