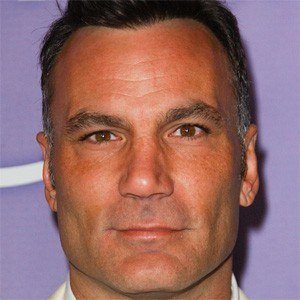 Salon owner of Jonathan Salon Beverly Hills, which was featured on the reality TV series Blow Out.

He studied at the Fairfax Beauty Academy.

He was a judge on the third season of the reality competition series Shear Genius.

His sister Robin is the founder of the pop group The Pussycat Dolls. He also has brothers named Steve and Neil. In 2006, he married Sescie Antin; they have a son named Asher Jones together.

He has worked with a wide range of celebrities, including pop megastar Madonna.

Jonathan Antin Is A Member Of