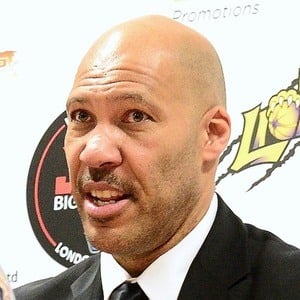 Outspoken father of the basketball playing Ball brothers, Lonzo, LiAngelo, and LaMelo. He founded the clothing company Big Baller Brand. He played professional American football for the London Monarchs. He stars on the reality series Ball in the Family with his family.

He made big plans for his sons early on, developing their basketball talents at a young age. He even formed his own U-17 squad to star his 3 sons. He has over 1 million followers on Instagram.

His wife's name is Tina.

His sons committed to playing at UCLA under the tutelage of head coach Steve Alford.

LaVar Ball Is A Member Of