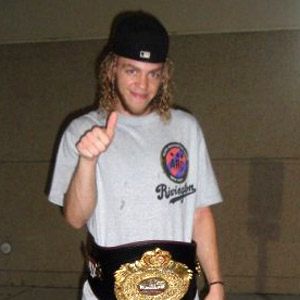 MMA fighter who rose to fame after becoming the winner of the reality show "The Ultimate Fighter". He is a purple belt in Brazilian Jiu-Jitsu and has fought in the Featherweight and Flyweight divisions.

He got his start training with Charles Bennett and won his first MMA fight via knockout in twenty seconds.

He retired from fighting in 2012 to practice Yoga full-time in India. He later returned as a Flyweight fighter in 2014.

His parents divorced when he was a child.

Jonathan Brookins Is A Member Of