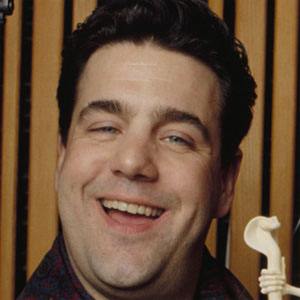 Ohio-born actor and voice actor who famously voiced the evil Jafar in the Disney film Aladdin. His television credits include roles in Gossip Girl, Mathnet, and Hercules.

He attended Ohio University. He went on to perform in Broadway productions of How to Succeed in Business Without Really Trying, The Producers, and 42nd Street.

He earned a 1994 Tony nomination for his role in She Loves Me.

He and Robin Williams both voiced characters in Aladdin.

Jonathan Freeman Is A Member Of