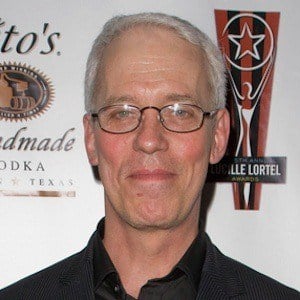 Renowned stage actor who is famous for his storied Broadway career. He starred in the original casts of the Broadway hits Les Misérables as Javert and Beauty and the Beast, both of which earned him a Tony Award nomination for Best Actor in a Musical.

He attended the North Carolina School of the Arts, where he trained in acting. He made his Broadway debut in the 1980 production of Barnum.

He appeared in the 1985 Richard Attenborough film adaptation of the famed musical A Chorus Line. He has made TV appearances on 30 Rock and Sense8.

He married his wife and fellow actor Charlotte d'Amboise in 1996. He shares two daughters named Shelby and Josephine with her.

He appeared in the original Broadway production of The Addams Family in 2009 alongside Nathan Lane.

Terrence Mann Is A Member Of