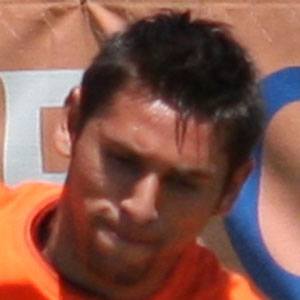 Goalkeeper who led Mexico to its sixth CONCACAF Gold Cup victory in 2011. He has also won titles with Monterrey in leagues like InterLiga and Primera Division de Mexico.

He was born in Monterrey and began his professional career in 2005.

He was named as the best goalkeeper of the tournament in the 2009 Primera Division de Mexico Apertura and the 2011 Torneo Clausura.

He split from Nitze Reyes in 2010. He has children named Bastiaan and Luka Orozco.

He was teammates with Israel Castro on the Mexican team which won the 2011 CONCACAF Gold Cup.

Jonathan Orozco Is A Member Of