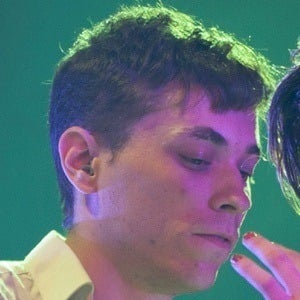 Guitarist and pianist most famous for being one half of the psychedelic indie rock duo Foxygen. His first solo album, Law and Order, was released in 2013.

He began performing in Foxygen as a high school student. The band's career began to take off after a meeting with producer Richard Swift in 2011.

In 2017, he covered Bruce Springsteen's 1975 album Born to Run in its entirety for Turntable Kitchen's "Sounds Delicious" series.

His parents allowed him to record Foxygen's 2014 album ...And Star Power in their home.

Jonathan Rado Is A Member Of