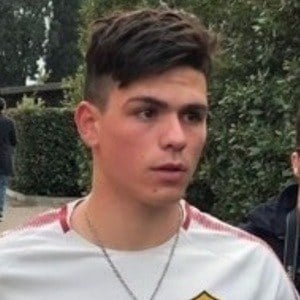 Left back who became a fan favorite during his years at Sporting CP. AS Roma and Estudiantes de La Plata. In 2014, he was called up to the senior Argentine national squad.

He came up through the Estudiantes youth system before making his professional debut in 2011.

In 2015, he won the Taça de Portugal and Supertaça Cândido de Oliveira titles with Sporting CP.

He married a woman named Elina.

He played with Daniele De Rossi at AS Roma.

Jonathan Silva Is A Member Of