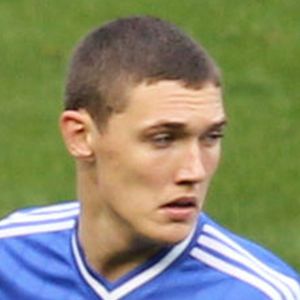 Defender who began his professional career with Chelsea FC before being named Borussia Mönchengladbach's Player of the Year for 2015-16. He made his senior squad debut for the Danish national team in 2015.

He is the son of goalkeeper Sten Christensen.

He has played alongside Willy Caballero at Chelsea.

Andreas Christensen Is A Member Of