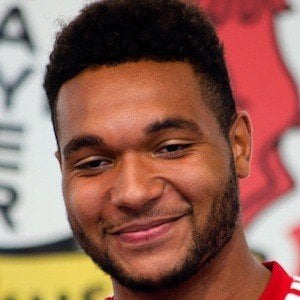 German international centre back who first played in the Bundesliga with Hamburger SV in 2013. He joined Bayer Leverkusen in 2015.

He spent most of his youth career with Altona FC before joining Hamburger in 2009.

He's of German and Ivorian descent. His father, Aquilas, and mother divorced during Tah's childhood.

He and Robbie Kruse have played together on Leverkusen.

Jonathan Tah Is A Member Of