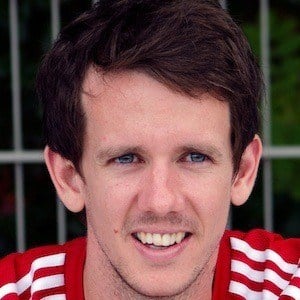 Australian soccer forward who made his A-League debut in 2007 with the Brisbane Roar. He later made his way to the Bundesliga, signing with Bayer Leverkusen in 2013.

He grew up playing soccer at various Australian soccer academies. His first appearance, and goal, for Brisbane came on his 19th birthday.

He grew up in Brisbane, Australia.

He and Lars Bender have played together on Leverkusen.

Robbie Kruse Is A Member Of