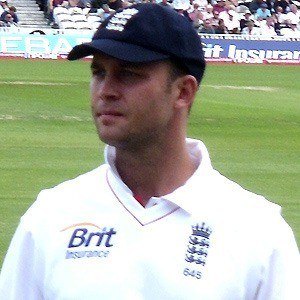 ICC and ECB Cricketer of the Year in 2011, scored a century in Melbourne to help England retain the Ashes in 2010-11.

He was born in Cape Town and represented South Africa at both the under-15 and under-19 levels.

He became the 18th English player to score a century in his Test debut.

He tied a record previously set by Viv Richards for the fewest games needed to earn 1000 runs in ODIs (21).

Jonathan Trott Is A Member Of