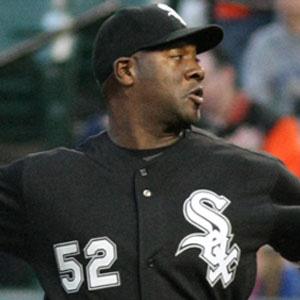 MLB pitcher played for a number teams, and won a World Series Championship with the Chicago White Sox in 2005.

He was a pitcher on the 1999 Cuban national Baseball team who won numerous medals in international competition.

Voted into the AL All-Star team the year after the White Sox won the World Series, he enjoyed at one point a streak of 17 straight wins.

Born in Pinar del Río, Cuba, he defected to the U.S. in 2002, on a professional tour of the country.

José Contreras Is A Member Of