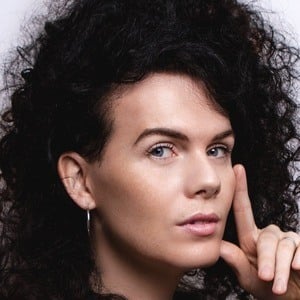 Also known by the stage name Tall Dark Friend, she made history as a transgender singer who competed on both The Voice UK. She was initially eliminated in week 2, but was able to reenter competition following some controversy and would finish in the top 8.

She performed as a man for her first eight years as an entertainer. She came out as transgender in 2014 following a victory at an Essex singing competition.

She began receiving hormone treatment in 2016 in her transition from man to woman.

Her full name is Jordan Redford Gossamer Gray. She was born at Orsett Hospital in Thurrock, Essex, England.

She was a part of Team Paloma Faith on The Voice UK.

Jordan Gray Is A Member Of