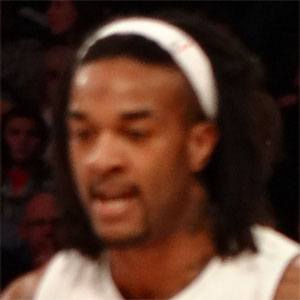 Power forward who was drafted 8th overall by the New York Knicks in 2009 and spent two years with the Houston Rockets before a 2012 trade sent him to the Los Angeles Lakers.

He played three years for the Arizona State Wildcats, where he was given All-Defensive Team honors as a senior.

He suffered a season-ending injury during the 2012-13 season while playing for the Lakers.

He was raised by his father and grandmother after his mother died of breast cancer.

He was traded from the Houston Rockets to the Los Angeles Lakers for Derek Fisher in 2012.

Jordan Hill Is A Member Of