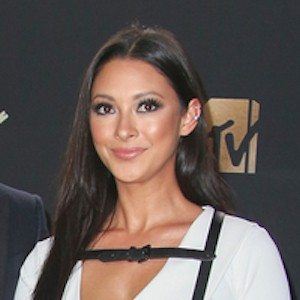 Known for such singles as "Never Again" and "Set Me Free," this pop vocalist released her self-titled debut album in 2012 and her second album, Shine, in 2013.

During her teen years, she released music on MySpace. One of her early songs, "Strong," was so popular on the internet that it earned her a recording contract with Interscope Records.

One of her tracks, "Accessory," was featured on the Confessions of a Shopaholic movie soundtrack.

Born Jordyn Taylor Braff, she was raised in Southern California and Geneva, Switzerland. The middle child of Jason and Elayne Braff, she grew up with brothers named Justin and Mikey. She was in a five year relationship when her boyfriend tragically died in 2011 in a car accident.

Jordyn Taylor Is A Member Of