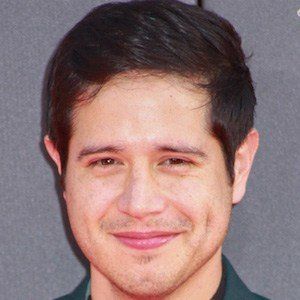 Mexican-American actor most famous for his television roles, including Paulie on East Los High and JD Guzman on Jane the Virgin. He has also starred in movies like 2012's Love, Concord and 2014's Paranormal Activity: The Marked Ones.

He attended the Upright Citizen Brigade improv school and made his first television appearance on the series Solo en America.

He voices several characters on the PBS web series Noah Comprende, for which he was nominated for a Daytime Emmy in 2012.

He co-starred with Danielle Vega on the Hulu original series East Los High.