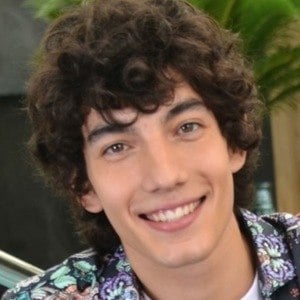 Chilean actor best known for playing the role of Ramiro in Soy Luna. He has also appeared in Decibel 11 and Generaciones Cruzadas. In 2019, he began starring in the second season of the Netflix original series Élite.

One of his earliest roles was as Angel Joven in Violeta Se Fue a Los Cielos.

He has become a social media sensation, amassing over 9 million followers on his Instagram alone.

He has appeared alongside actress Karol Sevilla in Soy Luna.