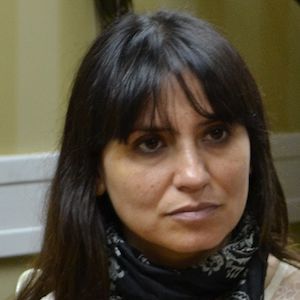 Actress and musician who won widespread acclaim for her portrayal of Chilean singer Violeta Parra in the biopic Violeta Went to Heaven (2011), in which she performed many of Parra's signature songs. She is also known for her performances in such films as Bad Influence (2016) and on shows like La Poseída.

She graduated from theater school in 1994. She was a student of actress Luz Jiménez.

Her performance in Violeta Went to Heaven earned her Best Actress honors at the Chileans Altazor Award and the Guadalajara International Film Festival.

She married Eduardo Tironi in 1997. She has children named Rosalba and Osvaldo.

She began co-starring with Luciana Echeverria on the fantasy series La Poseída in 2016.

Francisca Gavilán Is A Member Of