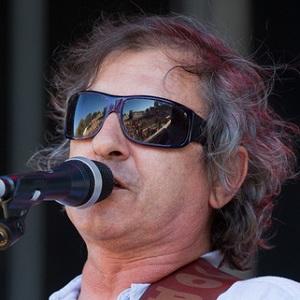 While studying at the University of Lisbon, he performed with a rock band called Sindikato. He released his debut single, "The Nine Billion Names of God," in the early 1970s.

In the late 1980s, he temporarily suspended his recording career to finish his piano studies at the Portuguese National Conservatory.

He was born and raised in Lisbon, Portugal. During the early years of his marriage to Gisela Brande, he lived in Denmark to avoid military service in the Portuguese Colonial War.

He and fellow Portuguese singer Roberto Leal both rose to prominence during the 1970s and 1980s.

Jorge Palma Is A Member Of