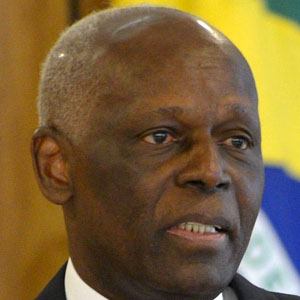 Leader of the Popular Movement for the Liberation of Angola (MPLA) who took office as the country's second president in 1979. He was also the commander in chief of the Angolan Armed Forces and had been accused of running one of the most corrupt regimes in Africa. In July of 2022, he died after sufffering cardiorespiratory arrest.

He joined the MPLA while studying at the Azerbaijan State Oil Academy.

He helped to economically unite African nations by co-founding the African Countries Diamond Producers Association in 2006. He was succeeded by João Lourenço.

He politically collaborated Paulo Kassoma during his time as Prime Minister from 2008 to 2010.

Jose Eduardo dos Santos Is A Member Of