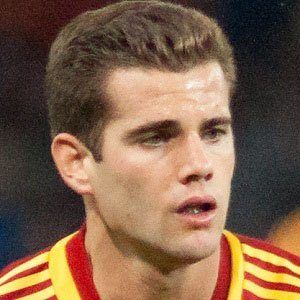 Spanish defender commonly referred to as "Nacho" who made his first-team debut with Real Madrid in 2011 and has since won titles in leagues like UEFA Champions League, La Liga and Copa Del Rey. He won the UEFA European Under-21 Championship as a member of the Spanish national team in 2013.

He was born in Madrid and played for AD Complutense before joining the Real Madrid youth squad in 2001, when he was 11 years old.

He and his brother made their debut with Real Madrid's first team in the same game.

He has been teammates with goalkeeper Keylor Navas at Real Madrid.

José Fernández Is A Member Of