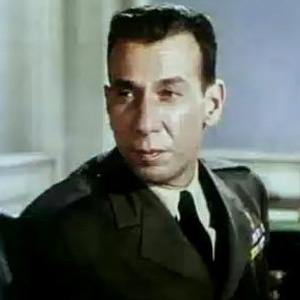 Became the first Puerto Rican and Hispanic actor to win the Academy Award for Best Actor when he was honored for his role as the title character in the 1950 film Cyrano de Bergerac. He was also a successful directer, receiving praise for his films The Shrike, the Fourposter, and Stalag 17.

He graduated from Princeton University in 1933.

He played a supporting role as the character Turkish Bey in the 1962 epic Lawrence of Arabia, starring Peter O'Toole.

José Ferrer Is A Member Of