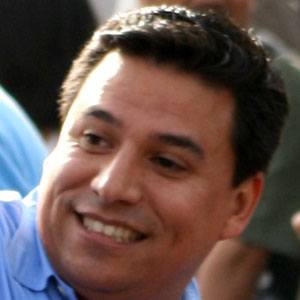 After serving on the Los Angeles Unified School Board, this Mexican-born Democratic Party politician was elected to the Los Angeles City Council as a representative of an overwhelmingly Latino constituency from the city's Fourteenth District.

He supported such City Council initiatives as the revitalization of Downtown Los Angeles' Theater District and the expansion of recycling programs.

Born in Zacatecas, Mexico, to Isidra Serrano and Simon Huizar, he relocated with his parents to Los Angeles when he was just three years old. His marriage to Richelle Rios resulted in a son named Simon Luis and daughters named Aviana Rose, Isabella, and Emilia.

He began his political career in 2005, upon the departure of newly-elected Los Angeles Mayor Antonio Villaraigosa from the City Council.

José Huizar Is A Member Of