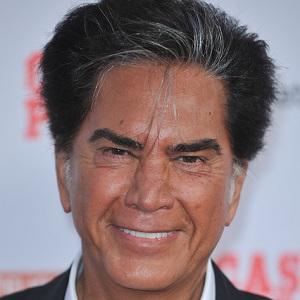 Venezuelan singer popularly known as "El Puma" and for his internationally-successful albums like 1987's Señor Corazón. As an actor, he is known for roles like that of Guillermo Guzman on the telenovela Trópico.

He worked as a shoe shiner and grocery bagger before becoming successful as a musician in the 60's.

He has been a vocal coach on the Argentine and Peruvian versions of the reality singing competition The Voice.

His daughters Lilibeth, Liliana and Genesis are all actresses.

He co-starred with Johanna Rosaly on the telenova Cristina Bazan.

José Luis Rodríguez Is A Member Of