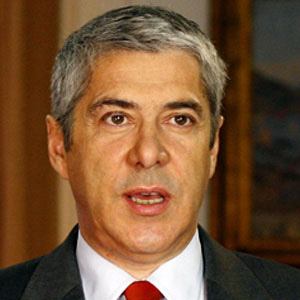 Prime Minister of Portugal from 2005 to 2011 who acted as President-in-Office of the Council of the European Union in 2007. He represented the Socialist Party and served as a Member of Parliament from 1987 to 2011.

He earned his bachelor's degree in 1979 from the Upper Institute of Engineering of Coimbra.

On 23 March 2011, he submitted his resignation to the president after parliament rejected his government's austerity measures in a vote.

He had two children with his ex-wife Sofia.

He was one of the organizers of Euro 2004, in which Arne Friedrich was a competitor.

José Sócrates Is A Member Of