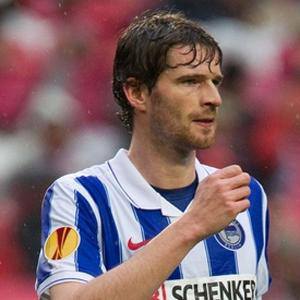 Former German soccer defender who played on the German National Team from 2002 to 2011.

He began his professional career with Germany's SC Verl in 1999.

He was born to Hans-Joachim Friedrich and Christel Fritz.

He played in the 2010 World Cup where midfielder Andres Iniesta helped lead Team Spain to the Championship.

Arne Friedrich Is A Member Of